A legendary neighbourhood, an ambitious project, and four years of construction, Montparnasse Tower has a fascinating history. 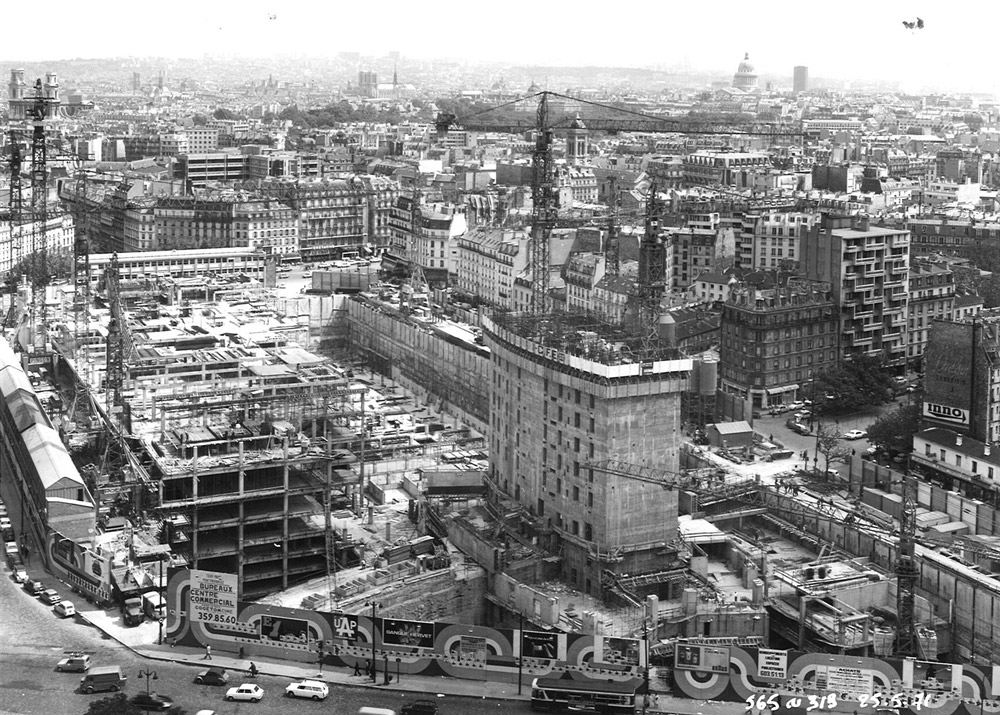 Montparnasse, or Mount Parnassus, takes its name from a rural hill, razed in 1725, which students likened to the dwelling place of the Muses. In the 18th century, cabarets located along the rue de la Gaité, at that time beyond the Paris city limits, were exempt from taxes on alcoholic beverages. Soon, dance halls and theatres began to dream of making money off of this clientèle, such as Bobino (1819), where guests were entertained by singers like Mistinguet, Chevalier, Edith Piaf, and more. Then, in just a few years, a group of cafés that have since become famous sprang up: Le Dôme (1897), La Rotonde (1911), Le Select (1925), and lastly, La Coupole (1927). Artists and writers, often expats, rubbed elbows there

First Germans and Russians, then Americans. The 1929 Wall Street Crash brought curious people, who came to dance at le Bal Nègre or at le Jockey. The Roaring Twenties may be over, but today Montparnasse has regained the vitality of its old days, at any hour of the day.

The story of Montparnasse Tower began in 1934 when the SNCF, the French rail company, decided that the Gare Montparnasse train station no longer met its needs. After 25 years, the reconstruction project resulted in a large-scale urban renewal project; the train station would be moved and the newly-freed up land would be used for new purposes.

In 1959, the first studies for Montparnasse Tower were conducted, and the historic project was criticised for its height, and met with roadblocks.

In 1968, Minister of Culture André Malraux granted the building permit.

In 1969, French President Georges Pompidou, looking to modernize the capital’s infrastructures, approved the construction of a truly modern urban development complete with a shopping centre. Construction could then begin on Montparnasse Tower.

In April 1970 lthe first stone was laid. The first step of the project was removing 420,000 m3 of rubble. For urban planning reasons, Montparnasse Tower needed to be constructed right over the metro (underground), which needed to be protected by a reinforced-concrete shell.

In October 1970 the foundations were completed.

In December 1972 the tower grew another 9 metres when a radio wave relay station and a heliport were installed on what would later become the Montparnasse Tower Terrace.

After nearly four years of construction, Montparnasse Tower was inaugurated on 18 June 1973. So begins the story of the only skyscraper in Paris.